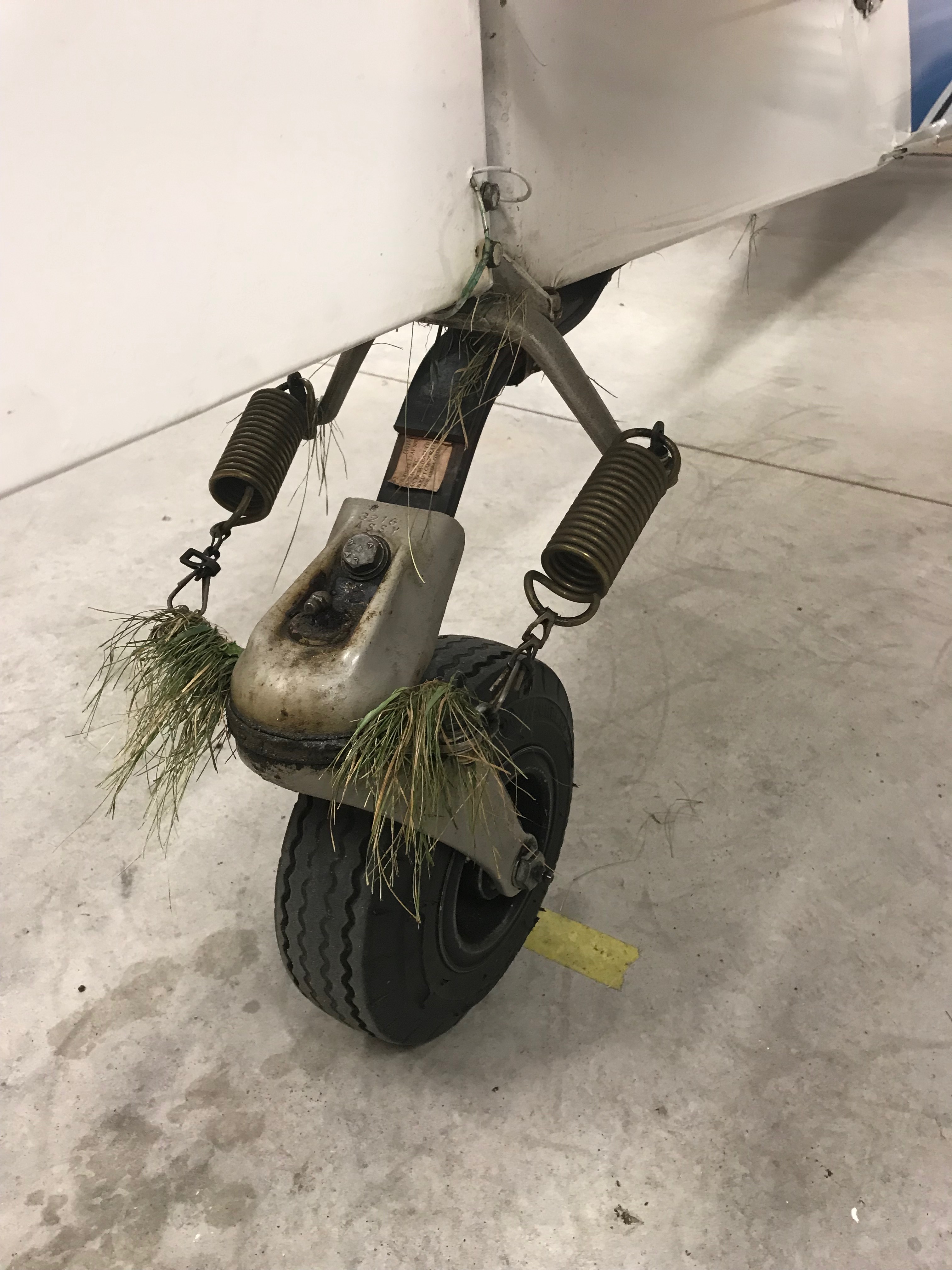 Departed Peterborough CYPQ for tailwheel training at the grass field at Greenbank CNP8.

We brought lots of grass back with us to Peterborough but managed to stay out of the rhubarb patches at Greenbank!

We’ve sold more copies of the Tailwheel Conversion Handbook this month than usual through Amazon and through the Beyond Blue Shop. It’s great to see this much interest in flying a Citabria. We hope the handbook is helping with your transition training – enjoy your flight training and go get some grass in your tail !! 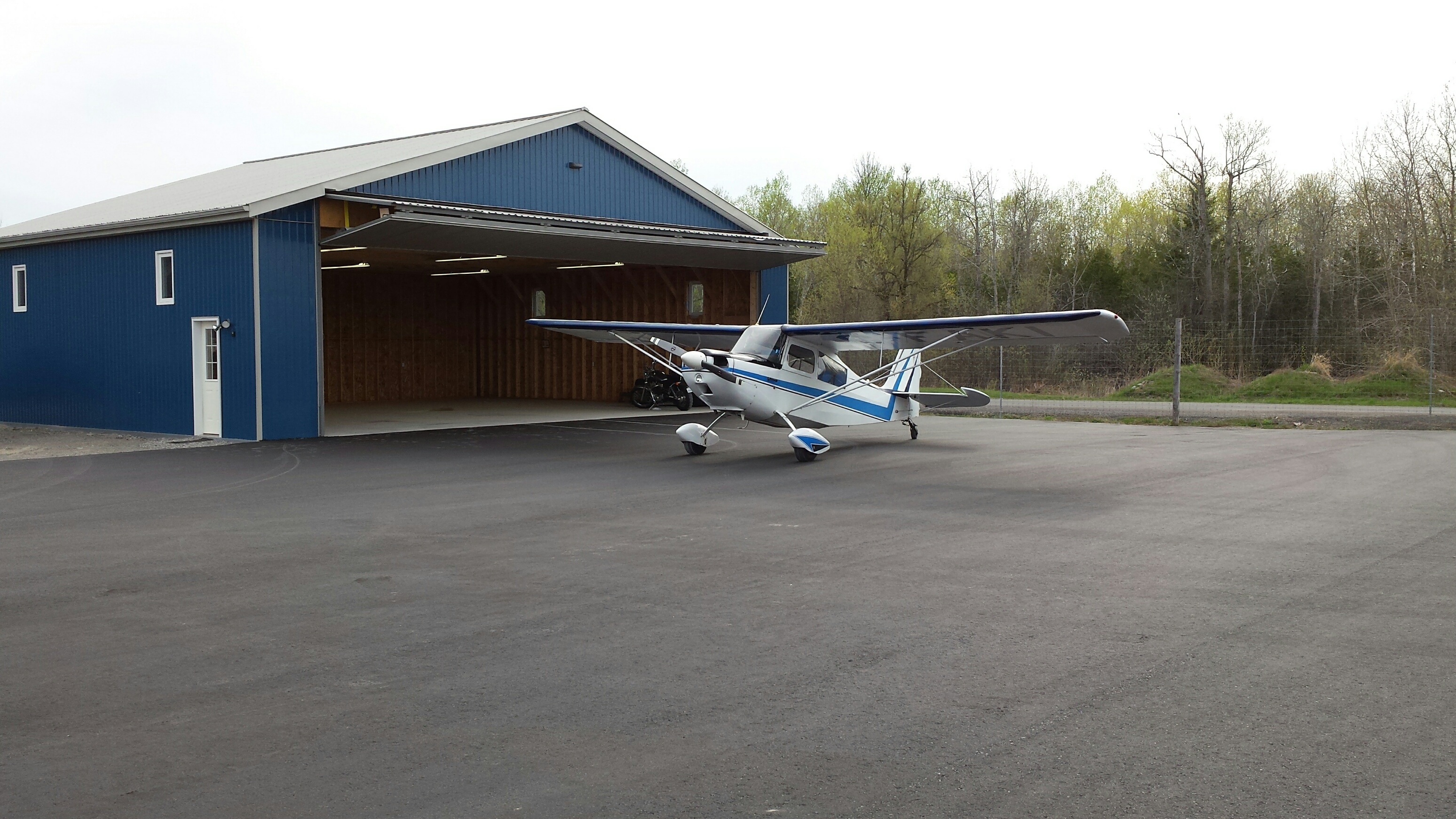 The Kindle Edition of the Tailwheel Conversion Handbook – Citabria 7ECA – 2nd Edition is now available at the Kindle Store.

The Tailwheel Conversion Handbook is a primary source of ground school information for pilots interested in learning to fly tailwheel aircraft in the Citabria 7ECA.

Tailwheel flying is more demanding than flying tricycle gear aircraft. Conversion training from nose to tail wheel can be completed in as few as seven to ten hours of flight instruction, depending on pilot experience and skill.

Prior to booking your first tailwheel flight, read all of the ground school material in the handbook and complete the quiz located at the end of the handbook. Once you have read through the handbook and found a pilot qualified to provide you with tailwheel conversion training then you will be well prepared to begin the flight training. 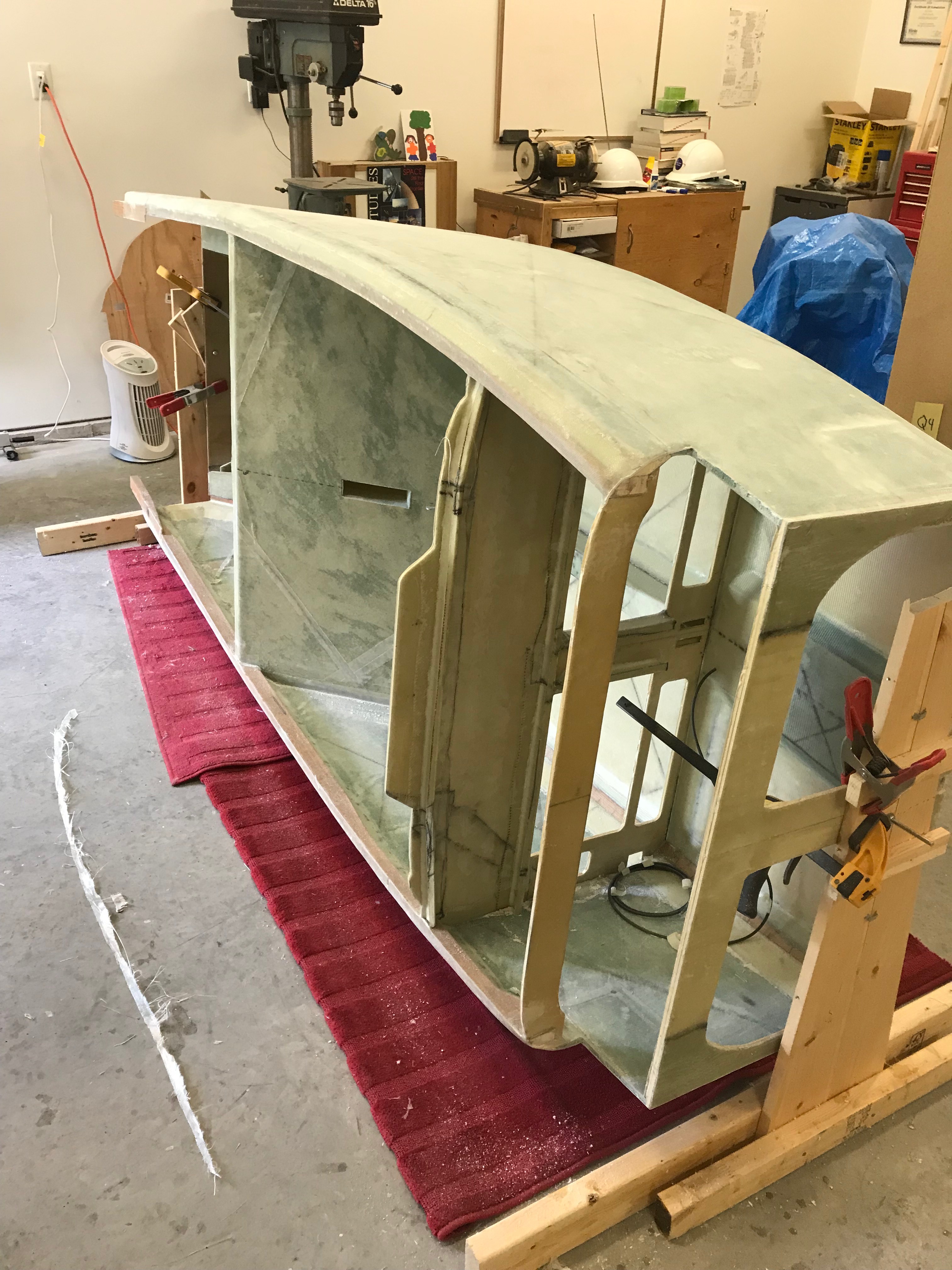 Used a dremel tool to trim the fiberglass close to the longeron and switched to a hand blade for the thicker layers of fiberglass towards the aft of the fuselage.

Sanded the rough fiberglass edges smooth and flush with the fuselage.

Now onto the headrest, seatbelt anchors, and heat duct.

Beyond Blue Aerospace is your source for aircraft parts. 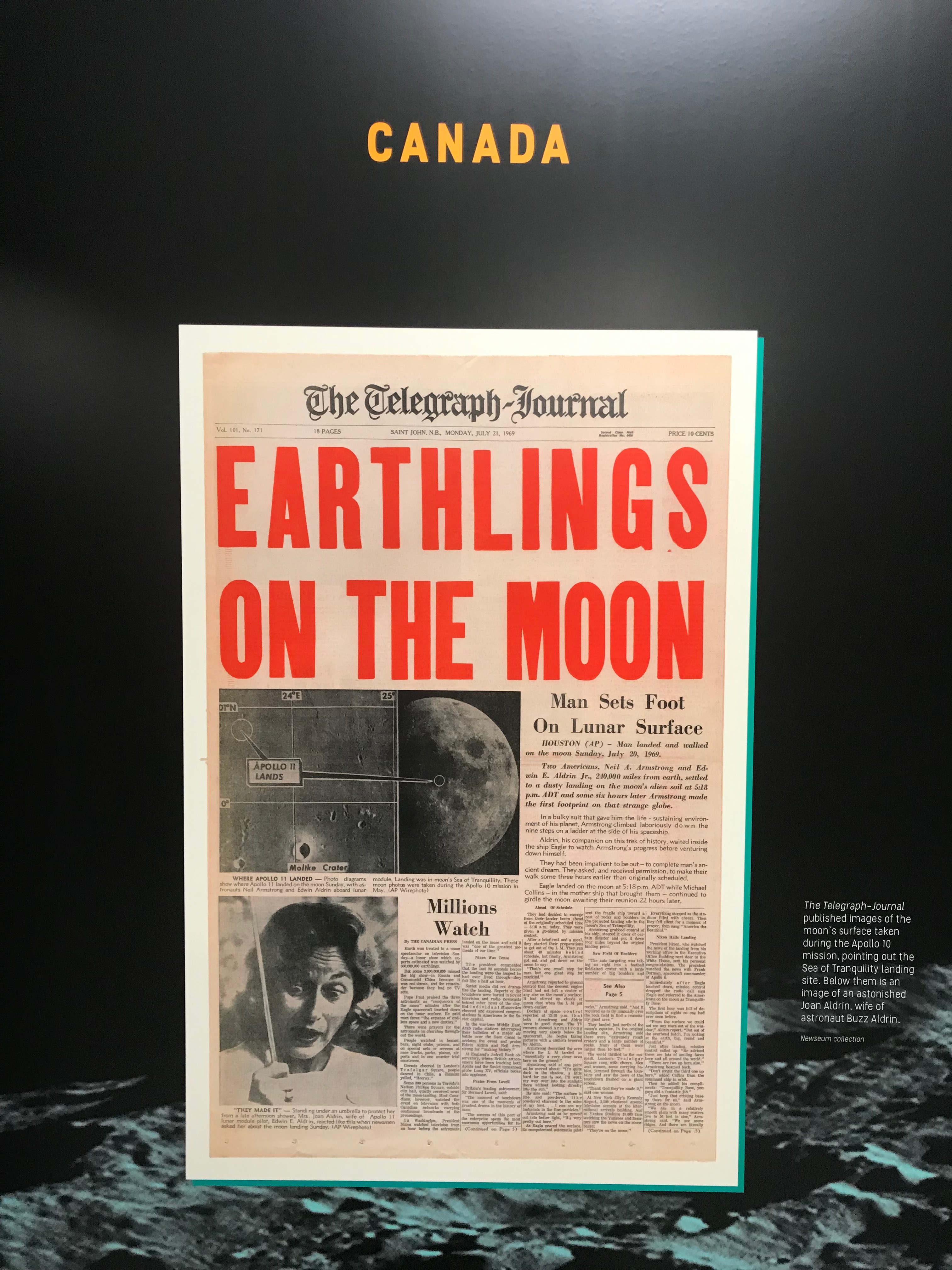 Canada’s Role in The Apollo Program

As the world celebrates the 50th anniversary of humans first setting foot on the moon under the US Apollo program, it’s a great time to highlight some of the Canadian achievements that contributed to this great success.

James Arthur Chamberlin was the chief of technical design for the Avro Arrow program. He went to NASA and became the chief engineer for the Mercury program and then went on to design the Gemini spacecraft.

The Apollo landing module was primarily designed by Sarnia, Ontario born Owen Maynard, an engineer who also had worked on the Avro Arrow program. Owen went on to become chief engineer for Apollo.

Chamberlin, Maynard and about 25 others who were laid off from Avro Canada on what was dubbed Black Friday were quickly snapped up by the Americans to help them fulfil President Kennedy’s 1961 edict that the country land a man on the moon within the decade.

Another Canadian was John Hodge. He was one of the original flight directors at Mission Control. Hodge returned to NASA in the 1980s to launch the Space Station program. Along with other Avro engineers such as Dennis Fielder, Tec Roberts and Fred Matthews, Hodge helped build Mission Control and the network of tracking stations that guided Mercury, Gemini, and Apollo.

William Carpentier is a physician born in Edmonton, Alberta and raised in Lake Cowichan, British Columbia. He is best known as the flight surgeon assigned to the United States’ Apollo 11 mission.

Kennedy’s goal was accomplished on the Apollo 11 mission when astronauts Neil Armstrong and Buzz Aldrin landed their Apollo Lunar Module on July 20, 1969, and walked on the lunar surface, while Michael Collins circled in lunar orbit in the command and service module. All three landed safely on Earth on July 24. 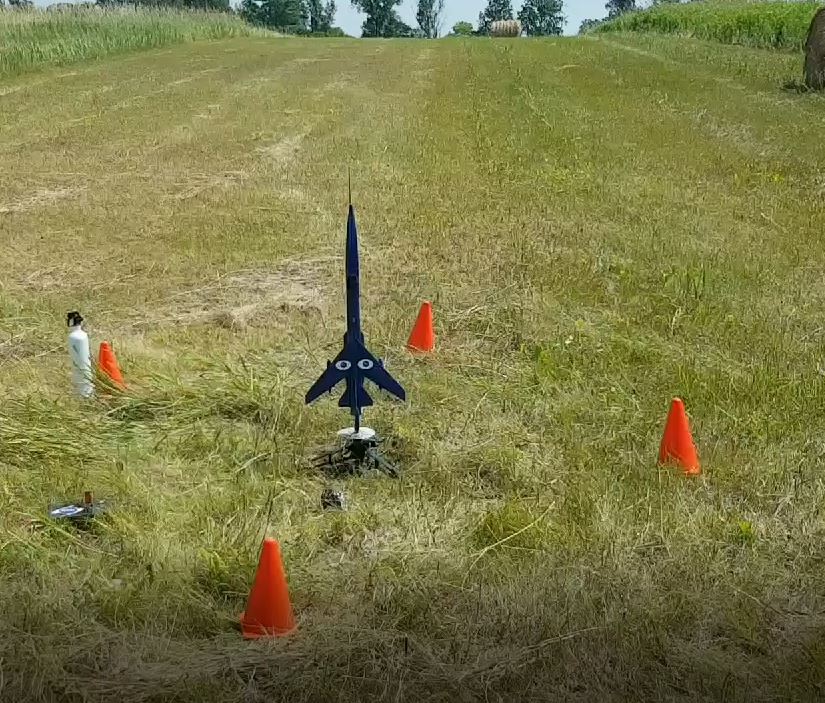 First test flight of our Conquest Rocket Plane. We used a low powered engine for this initial flight. The beacon helped us locate the plane after it landed in the tall grass at Crooked Creek.

Here is a video of the flight.