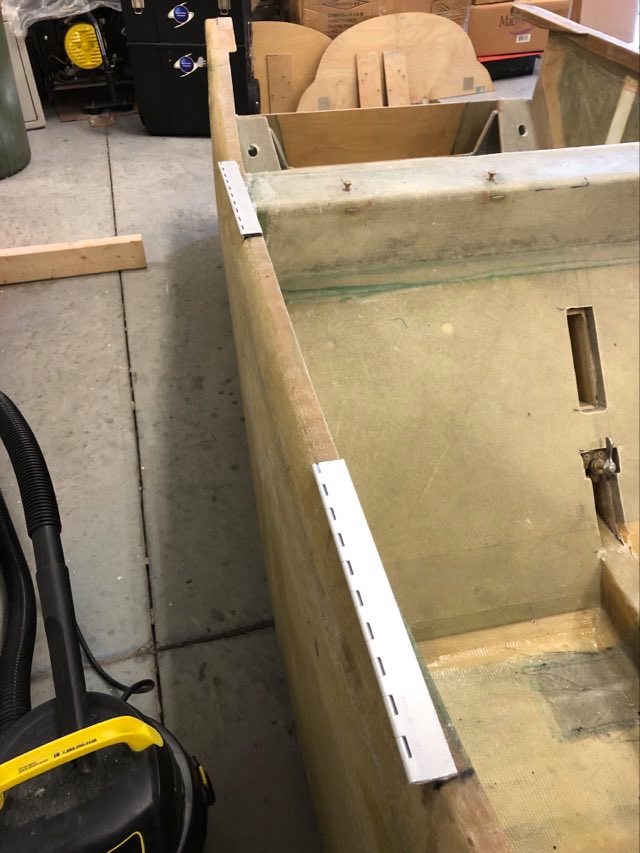 The locations for the canopy hinges were marked on the longeron.

The hinge halves were separated.

Tape was applied to the hinges to keep the epoxy out of the hinges.

With the workshop temperature at 24 deg C, a small batch of flox was mixed using 15g resin and 6g hardner.

Drilled #12 holes through the canopy hinges and longeron and countersink.