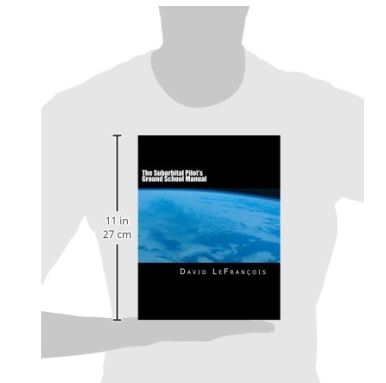 Today’s young pilots may very well have opportunities to become space pilots during their lifetime. The skills required for piloting crafts that will fly into space are similar to a regular pilot’s but will require additional training.  Opportunities for career transitions from air to space piloting are not that far away.

The number of commercial spaceports around the world is growing every year. The competition in the commercial spaceflight market is heating up.  On January 22, 2016 Amazon.com founder Jeff Bezos’ private spaceflight company managed to launch and then land its New Shepard suborbital rocket during a test flight. This marked the second launch and landing of this same rocket.  Rivals continue pushing forward with their new reusable space rocket designs.  In December 2015, the first stage of the SpaceX Falcon 9 rocket put a cluster of satellites in orbit, and then touched down in Florida.  If all goes well, SpaceX could be flying astronauts for NASA by the end of next year.  At the same time, Richard Branson and Virgin Galactic are trying to follow up on 2004’s successful flights of the SpaceShipOne rocket plane while other companies such as XCOR and The United Launch Alliance are also looking at reusable rockets in making space exploration affordable.  Virgin Galactic’s SpaceShipTwo’s horizontal-landing capability will give it an advantage for point-to-point suborbital space travel – such as flying from Tokyo to Los Angeles in an hour. 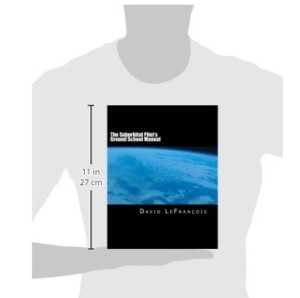 The Suborbital Pilot’s Ground School Manual is being read by pilot’s interested in transitioning from air to space flight.  This manual is the mandatory textbook at Florida State College for their Introduction to Commercial Space Operations course.  If you are interested in offering your students an introduction to spaceflight as part of their curriculum, and if we can be of any assistance in helping you develop this type of course, please email us at info@beyondblue.ca and we would be pleased to assist you in getting started. 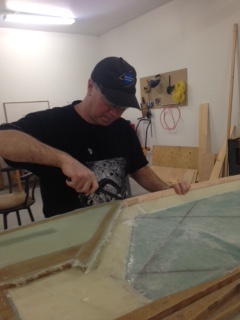 The fiberglass edges around stringers LWX and LWY and the lower longerons were trimmed and sanded. 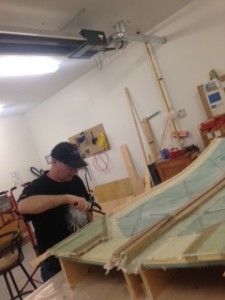 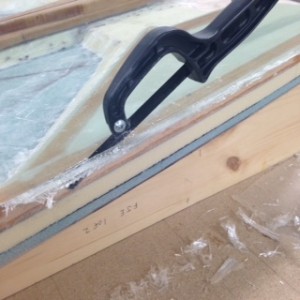 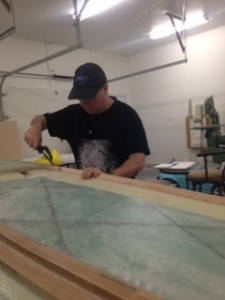 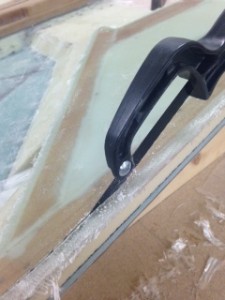 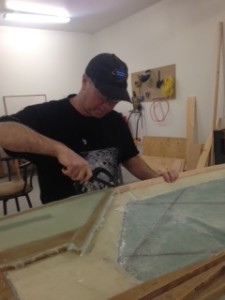 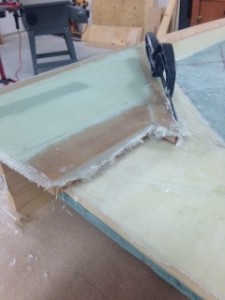 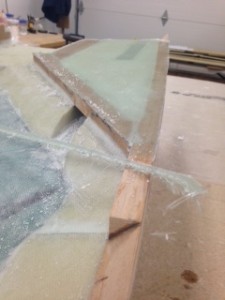 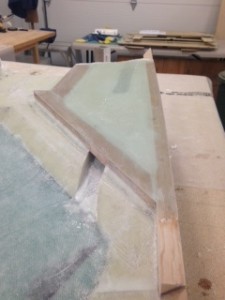 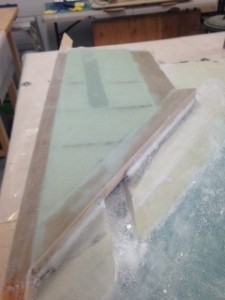 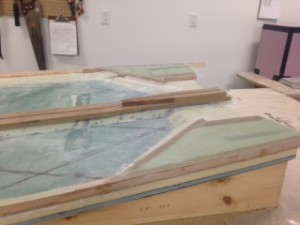 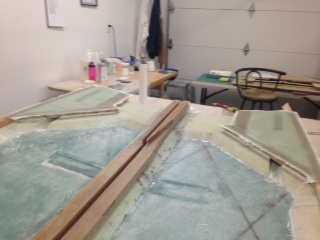 Four hours in the shop today doing the final glassing to the inside of both fuselage sides.

12 plies of BID cloth were cut at 45 deg to fit over the areas outlined by stringers LWX  & LWY and the lower longerons.  Dacron was cut as well as wax paper to be used to cover the 6 ply layups. 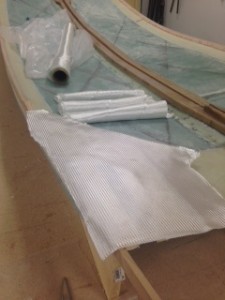 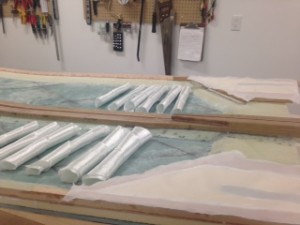 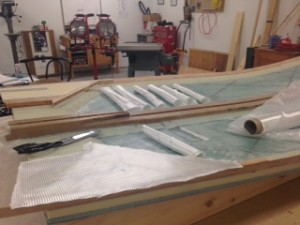 The temperature in the workshop was 25 deg C and the humidity 40%. 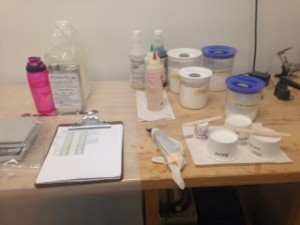 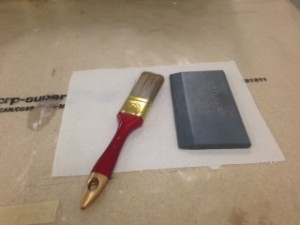 118g resin and 45 g hardner were mixed to make epoxy.  Epoxy was applied to the stringers and longeron that were next covered by the first layer of BID cloth. 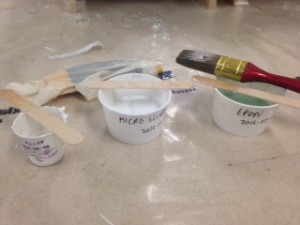 6 layers of BID cloth and epoxy were applied to both fuselage sides.  Excess cloth was cut (trimmed) using the electric scissors after applying each layer.  A squeegee was used to apply the epoxy and a paint brush was used to stipple epoxy into any dry spots for each layer.  A second container of epoxy was mixed with the same ratios as above to complete the layup. 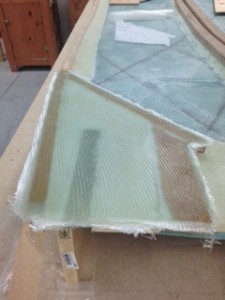 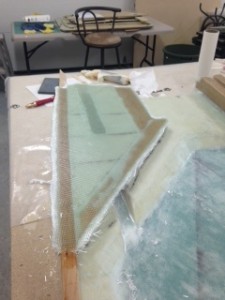 Dacron (peel ply) was applied on top of the 6 layers of BID cloth on both fuselage sides.  The dacron was applied using epoxy. 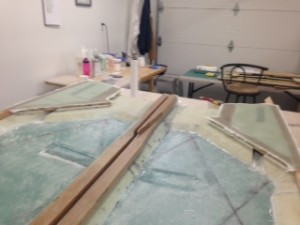 Wax paper was placed over the peel ply and weight added.  Both layups were left to cure at 23 deg C. 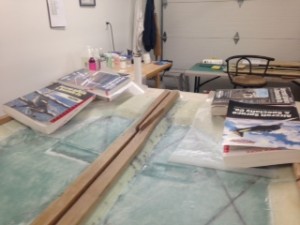